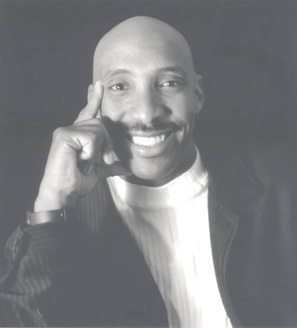 “There is no greater gift than the gift of health, and rightly said health is wealth.”


Douglas Goodbee, E-RYT 500 is a soulful passionate Kripalu educator, who leads and directs yoga classes for all populations. He is also a second degree black belt of Budoki Karate. In addition, he is a past recipient of the TFD (Teaching for Diversity) grant, for which he has taught yoga for the after school summer program held at the Hamilton Hill Arts Cultural Center in Schenectady, NY. The participants are primarily low income, ages 6-18 who are students at risk for gang involvement, violent crimes, substance abuse, teen pregnancy, and the in completion of high school.

Douglas was born and raised in the Capital District area of Upstate NY, he currently lives in Altamont, NY with his beautiful wife and three children. In all, he has five children and two grandchildren. Douglas has been practicing yoga for the past twenty years, and leading for the past six years.

Douglas graduated in the spring of 2014 with his E-RYT 500 hour certification. He has also completed the KYIS (Kripalu Yoga Instructors in the High Schools) certification. Douglas has experience teaching yoga to students of all ages, including many children’s programs that serve diverse ethnic, cultural, and economic backgrounds. He has also brought the life science of yoga to Ellis Hospital Staff.  He leads the Creative Arts Therapies Conference, a one-day retreat with a morning yoga session and ending with an afternoon standing meditation which is held at the Academy of Holy Names in 2014 / 2015 Albany, N Y.

Douglas has led several yoga workshops/retreats and corporate conferences, such as The 6th Annual Boys Day Out Conference 2018, which was held at The Glen Sanders Mansion. BDO (Boy's Day Out) which consisted of three middle schools, Central Park, Mount Pleasant, & Oneida of Schenectady, NY, the students had a plethora of workshops to attend through the day, Douglas Co- lead a journaling and yoga workshop for the conference. SNAP ( Supplemental Nutrition Assistance Program) a statewide anti-hunger organization, that provides, breakfast, lunch,after school, and summer food meals. Douglas also was a guest presenter @ The 2017 BYTA Black Yoga Teachers Alliance Conference, held @ Kripalu Center for Yoga & Health. As Douglas continues to expand on his gifts of health & wellness. Once again Douglas has been invited back for his third straight year as a guest presenter for NYSED (New York State Educational Department & Syracuse University Science & Technology Entry Program. (STEP) Douglas lead a Self-Discorvey Through the Joy's of Journaling Workshop, and a Fun Glow Flow Yoga class 2019. This year's conference  will host approximately 640 participants with 426 being middle and high school students, and administrator, staff members and counselors, from 43 colleges and universities across the state. STEP Statewide Student Conference is held @ The Albany Marriott Hotel.  Prior presentations include, The Creative Arts Therapies, Healthy Hearts on the Hill at Trinity Alliance in Albany, NY, and a Yoga summer camp for kids ages 6-18 in Orenda Springs, N Y, and many many more. Douglas’s desire is to engage students to learn about re-filling the well when they become stressed in this fast paced western civilization--with the constance use of electronics, and most importantly not enough sleep. Through scientific research we now know that yoga revitalizes the body, calms the mind, slows the heart rate, and deepens self-awareness and compassion. Douglas’s intention is to make this ancient art of science of body & mind rewarding and enjoyable for all.